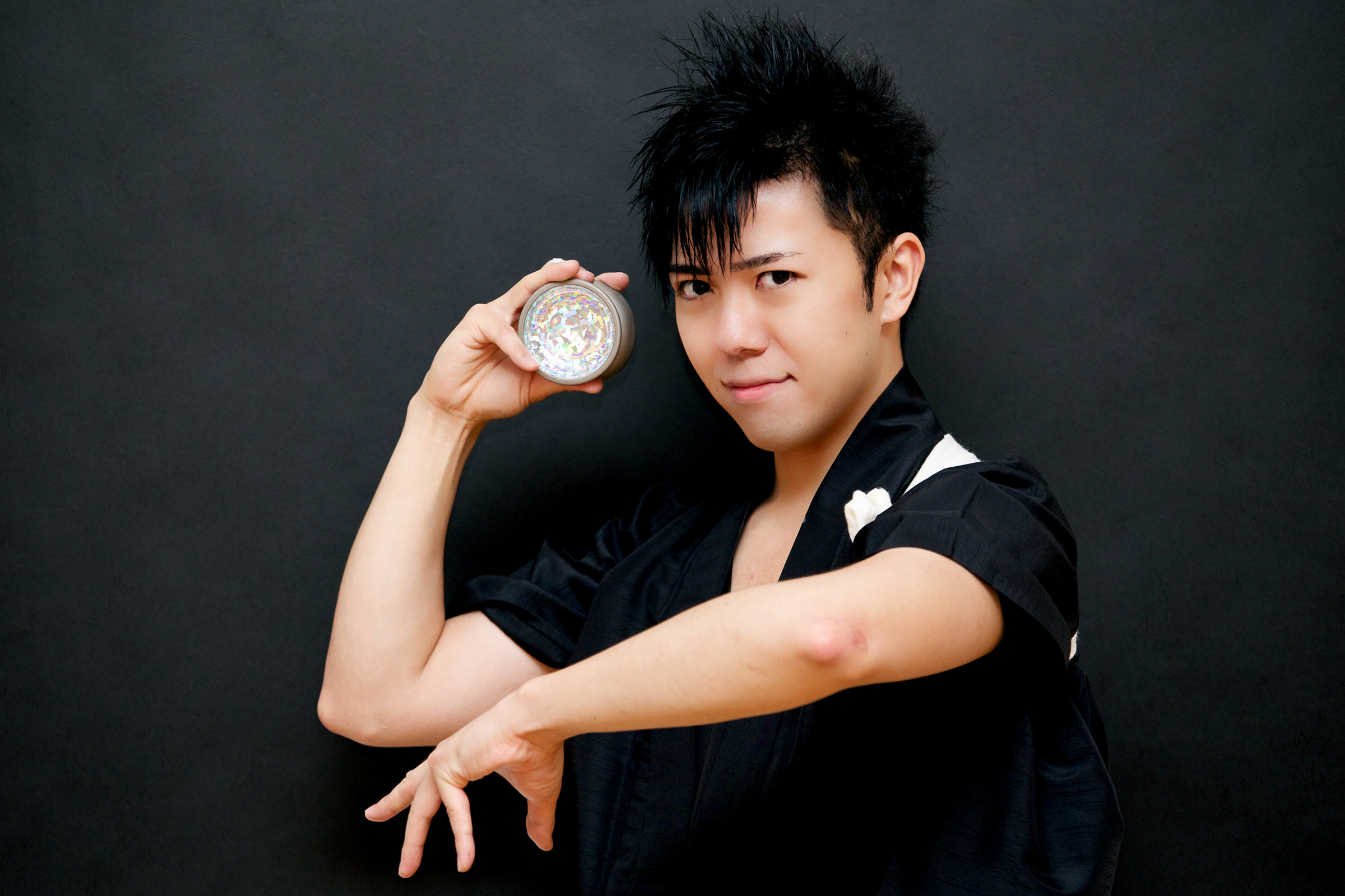 Born in Tokyo, Japan, BLACK picked up his first Yo-Yo at age 14. Although he couldn’t do even the simplest of tricks at first, he set his sights on the World Championship. Four years later, after 10,000 hours of practice he was crowned World Champion in Florida, USA -- a success not achieved by talent, but rather by extraordinary commitment.

Lacking a history of athleticism yet inspired by the spark to perform, BLACK embarked on a career as a professional performer after 2 years in a typical corporate office job. Taking up ballet and jazz dance to hone his skills, BLACK single-handedly created his own original Yo-Yo act.

BLACK is the first Japanese person to speak at the original TED, receiving a standing ovation for sharing his story of commitment and passion with the fascinated audience at TED2013.

In 2014, at long last BLACK joined the company of the new show KURIOS as the first-ever Yo-Yo artist in the history of Cirque du Soleil, performing in over 500 shows and reaching a total live audience of over one million people.

BLACK was awarded the prestigious title of National Yo-Yo Master by the National Yo-Yo League in recognition of these achievements and for his contributions to the Yo-Yo community.

Now BLACK shares his dedication through his commitment to education, and is featured in a variety of textbooks as a role model who inspires people around the world with his passion.

Today, BLACK continues to push the limits of Yo-Yo performance with his inspired artistry, fueled by his unique commitment and desire to perform worldwide and share his message: “Passion makes the impossible possible.”